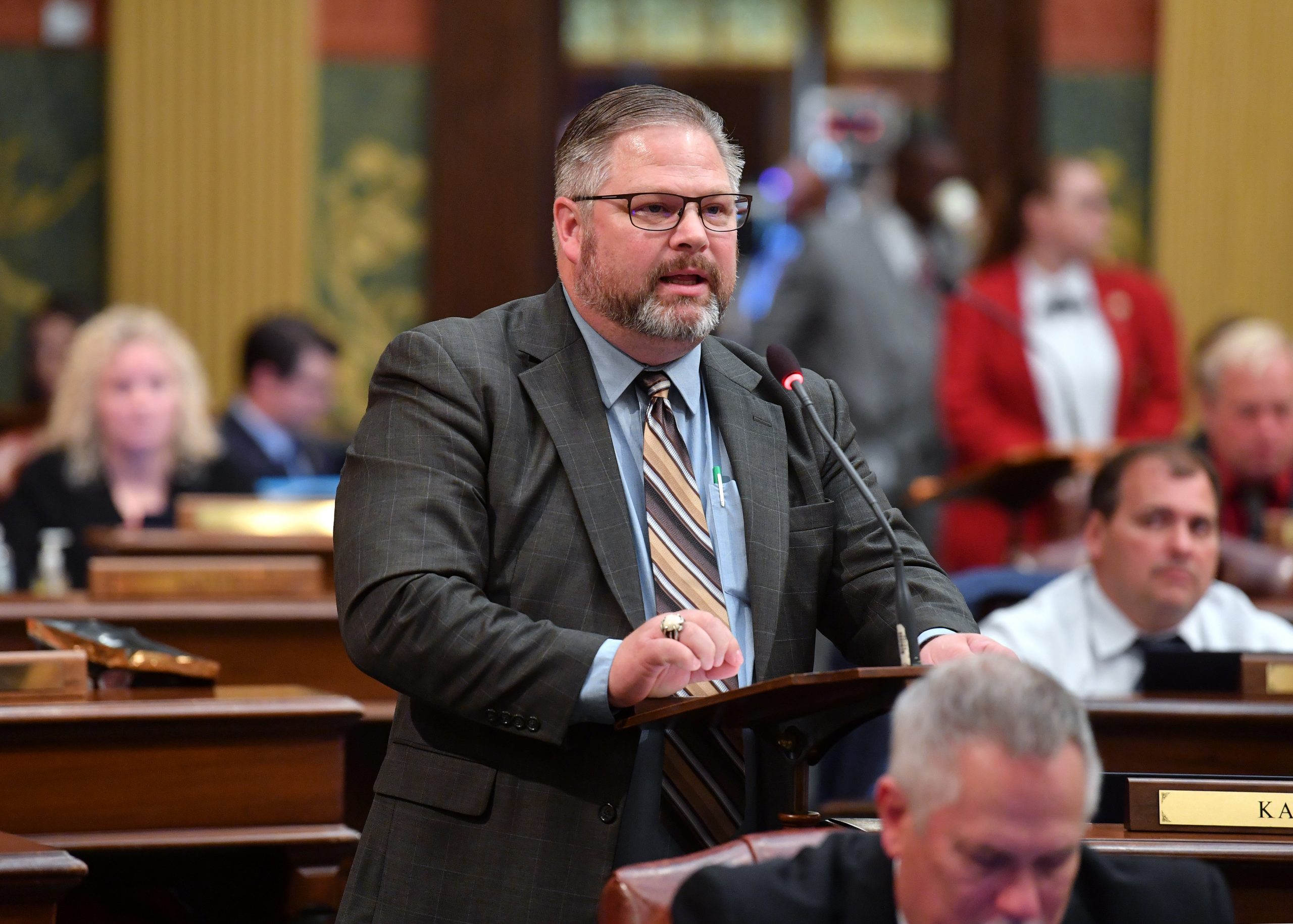 “The governor is attempting to manipulate taxpayers. If she really supports tax relief, she would not have vetoed three of the Legislature’s bipartisan efforts to provide real tax relief to combat extreme inflation earlier this year.

“But people won’t be fooled by this ploy. The families, seniors, veterans and workers I represent are desperate for comprehensive tax relief, and this proposal from the governor won’t cut it. I urge the governor to work with us to provide actual, meaningful tax relief to Michiganders throughout the state.”

PHOTO INFORMATION: State Rep. Phil Green (right), of Millington, welcomed Lapeer City Manager Dale Kerbyson and his wife Jody, who serves as chief executive officer for the Genesee, Shiawassee and Thumb (GST) Michigan Works! program, as his guests for the 2023 State of the State address on Wednesday, Jan. 25.

State Rep. Phil Green, of Millington, has announced upcoming office hours events on Friday, Jan. 20 for people in Genesee, Lapeer and Tuscola counties to meet with their representative, ask questions and share concerns.  The office hours meetings will take place at the following times and locations: • 10-11 a.m. in the Community Room of […]

Rep. Green: What good are more gun laws when existing ones aren’t enforced?

State Rep. Phil Green, who chairs the Second Amendment Caucus in the Michigan House, released the following statement after Gov. Gretchen Whitmer’s State of the State address on Wednesday, Jan. 25. In the address, Whitmer made calls for new gun laws that would work to curtail Second Amendment rights. Green was critical of the need […]

State Rep. Phil Green, of Millington, will give people across Genesee, Lapeer and Tuscola counties a seat at the table when key legislation is discussed in the Michigan Legislature as House committee assignments were announced today for the 2023-24 legislative term. Rep. Green will serve on the powerful House Appropriations Committee, which controls the state […]