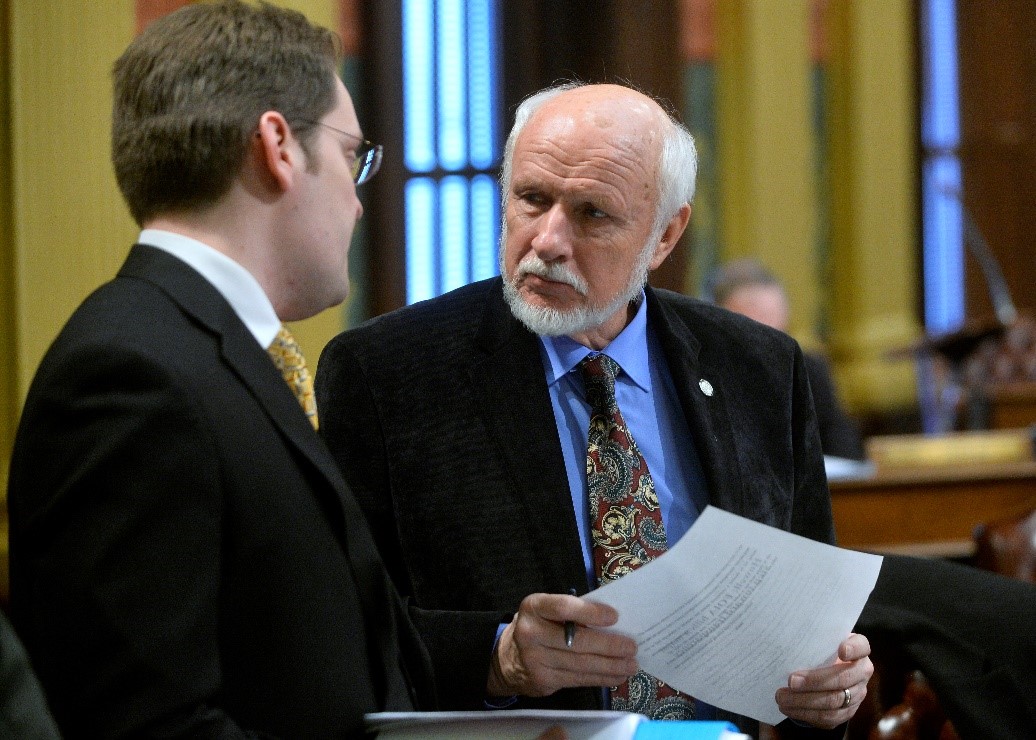 “First, my colleagues and I in the Legislature approved a comprehensive, $2.5 billion tax cut and pension relief plan, only to have it struck down by the governor,” said Howell (R-North Branch). “This plan would have reduced the income tax from 4.25 percent to 3.9 percent, while providing a child tax credit worth $500 for each qualified dependent.”

Exemptions on pension income for folks 62 and older would have seen seniors eligible for savings on the first $40,000 as a single filer, or $80,000 filing jointly under this plan.

“All Michiganders stood to save from this broad tax relief plan during these unprecedented times of high inflation,” Howell said. “I’ve heard it from folks all throughout our county – the people who are struggling financially want tax relief. Senate Bill 768 passed through both chambers, garnering bipartisan support in the House. However, the governor vetoed the plan.”

The House also previously approved a gas tax moratorium to provide immediate relief to Michiganders, only to have it vetoed by the governor.

“For too long, I’ve been hearing from citizens in our community about how they’re hurting at the gas pump,” Howell said. “We are faced with an historic rise in inflation. In addition, gas costs continue to rise on a virtually daily basis. While the Legislature has proposed and approved measure after measure to provide Michiganders with tax relief plans that we have placed on the governor’s desk – she doesn’t seem interested in working with us. House Bill 5570, which also garnered bipartisan support in the House, would have suspended the state’s 27-cent-per-gallon tax on gasoline and diesel fuels from April 1 to September 30. Even though the people of Michigan face outrageous gas price increases, the governor vetoed this bill as well.”

The Legislature recently approved another $2.5 billion tax relief plan, made possible by a large surplus of state revenue, that would return money to taxpayers by cutting the income tax rate and giving tax savings to individuals, working families, seniors, and veterans. House Bill 4568 and Senate Bill 784 are currently sitting on the governor’s desk, awaiting either her signature or, unfortunately, expected vetoes which she has implied is her plan.

“The governor simply hasn’t shown she’s willing to work with the Legislature in coming up with a solution or even attempting to negotiate with us to help our struggling taxpayers,” Howell said. “Michigan residents are stressed and looking for relief – now. The governor needs to come to the table and work with us, not against us, to immediately help the tax-paying citizens of our state. Government cannot be allowed to ignore the financial pain that struggling families and retirees are feeling everyday.”

Howell: Government is the Cause of Inflation